Do Donor Endorsements Help Or Hurt? 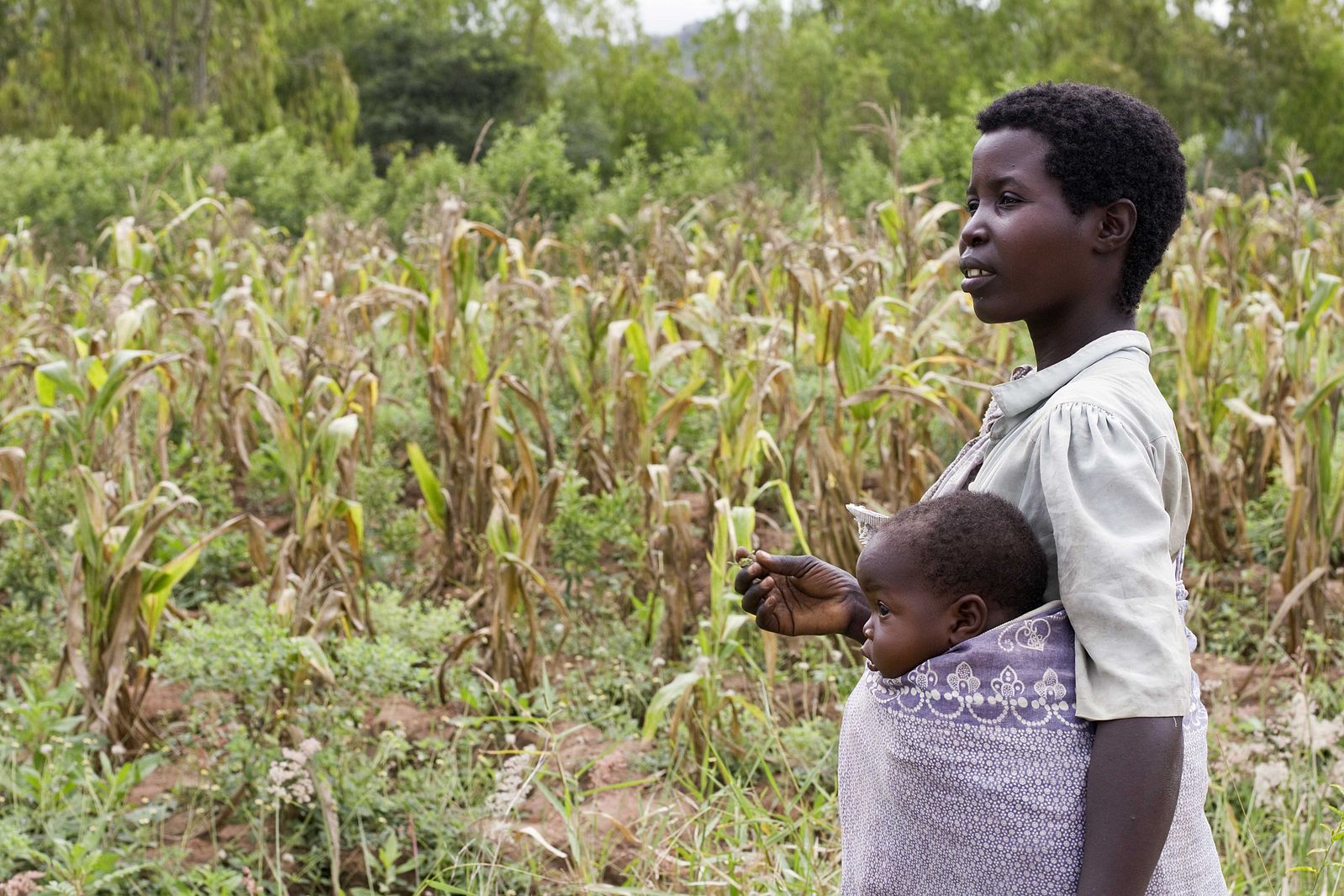 In Malawi, Western donors' advocacy of women's rights actually reduces support for women's rights among most male groups, but the impact depends on the type of gender right being advocated.

As a result, it is surprising that scholars have, to date, paid little attention to how effective such campaigns actually are in boosting local support for women's rights.

This is a problem, as a growing number of empirical studies show that activist campaigns may reduce some citizens' support for gender reforms, depending on the messenger sponsoring a campaign and the identity and interests of the person receiving the message. In addition, in many developing countries, some types of gender reforms are perceived as threatening the established interests of certain groups, and so public awareness campaigns can actually boost opposition among those who fear they will lose out if reforms are adopted.

To better understand how policy advocates impact support for gender reforms, we focus our attention on one country in southern Africa, Malawi, where international and domestic organizations have invested heavily in campaigns like “Stop Child Marriage” to redress persistent gender inequality in the country.

Malawi represents a particularly useful case for analysis, as it is one of the poorest and most aid-dependent countries in the world, with a 2015 Human Development Index score of 177 out of 188. Half of Malawians live below the poverty line, 80% reside in rural areas and approximately 30% of Malawi's national budget is sourced from international aid. It also has one of the highest rates of child marriage in the world, with 1 in 2 girls married by the age of 18. This high rate of child marriage, coupled with its high degree of dependence on international support, means that Malawi has significant experience with public awareness campaigns funded by donor organizations.

According to the Afrobarometer, a multi-country survey conducted every few years in a selection of African countries, Malawi also has one of the largest and most significant gender gaps when it comes to male and female respondent views of international aid organizations. 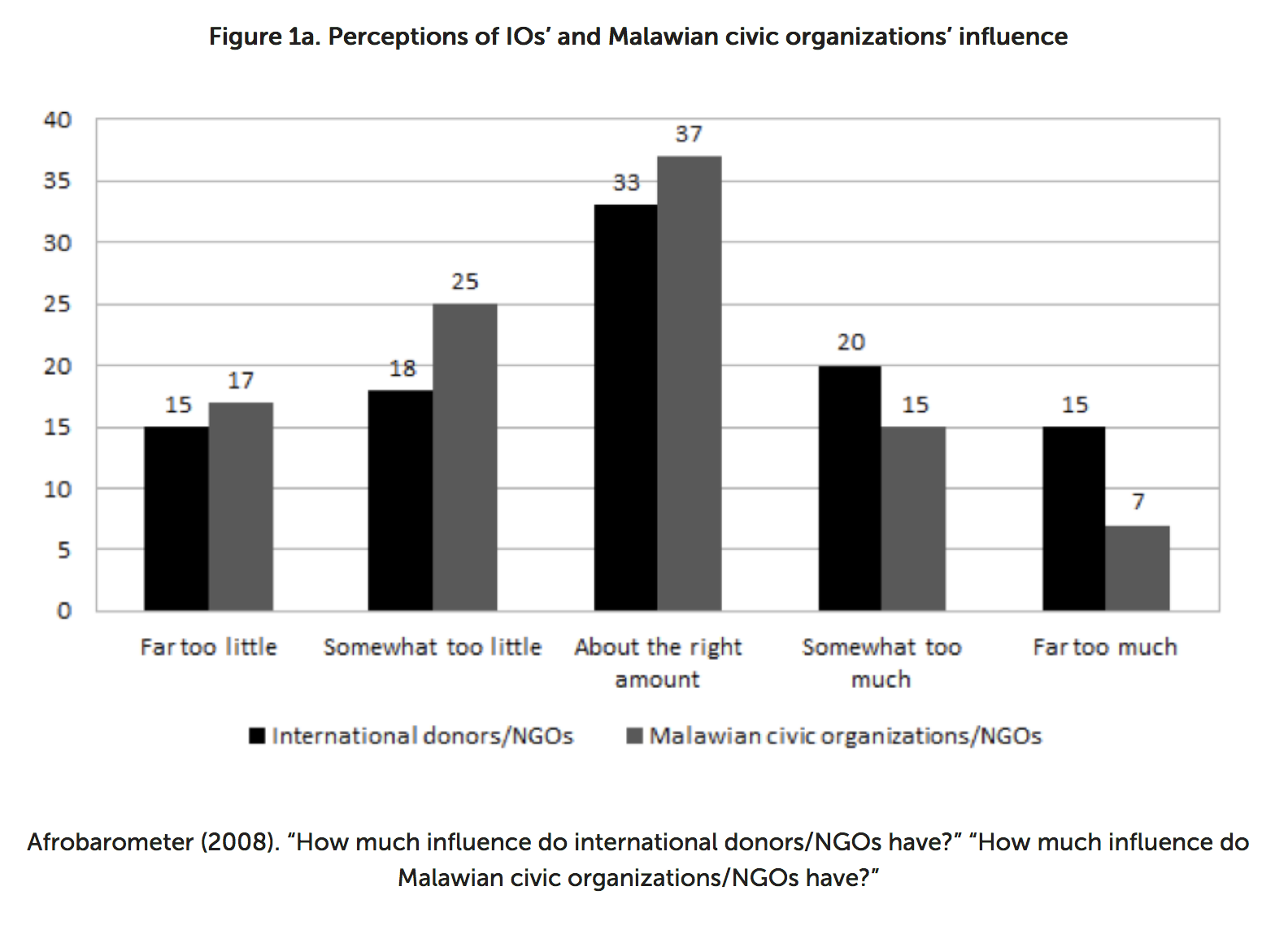 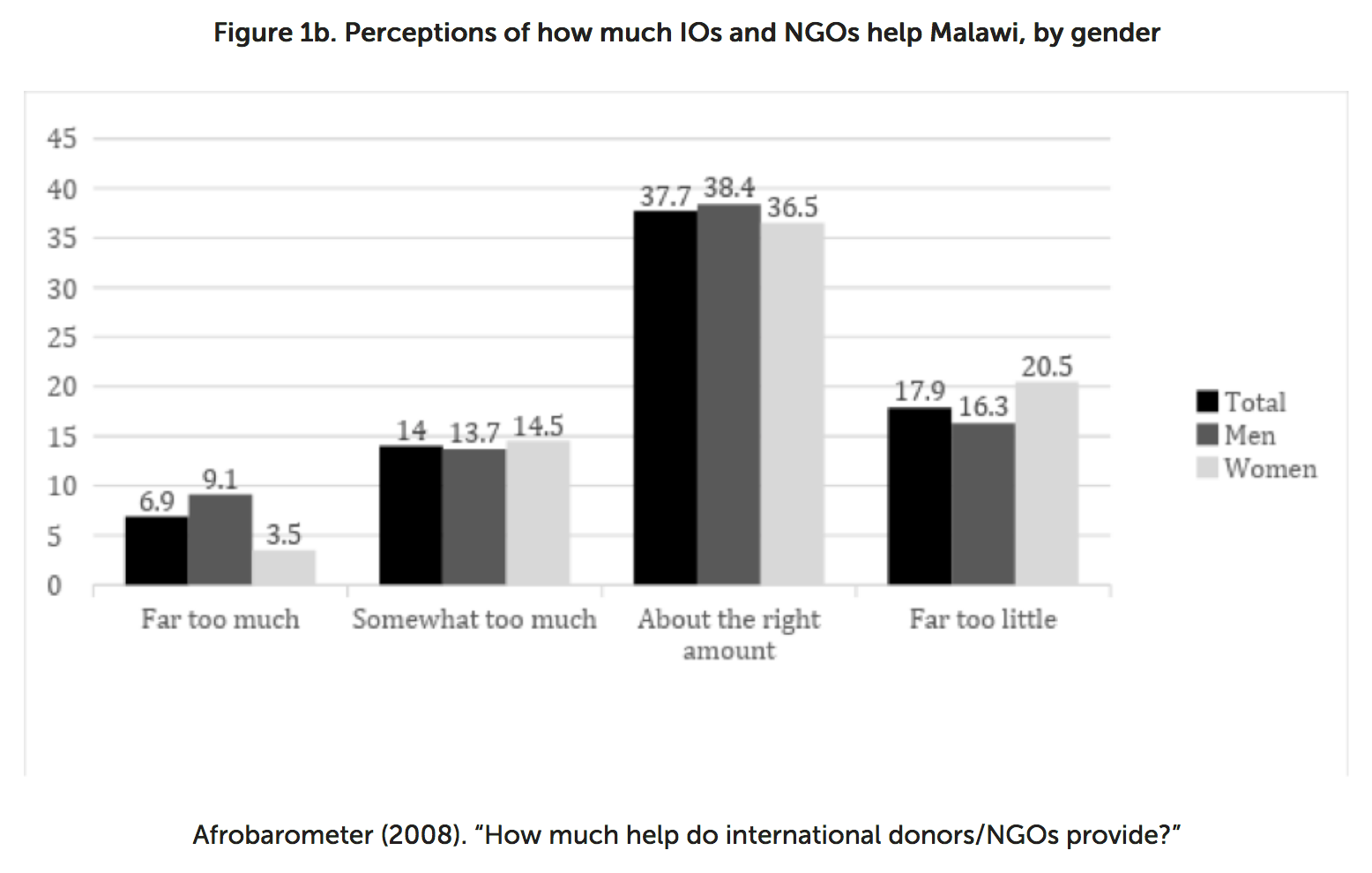 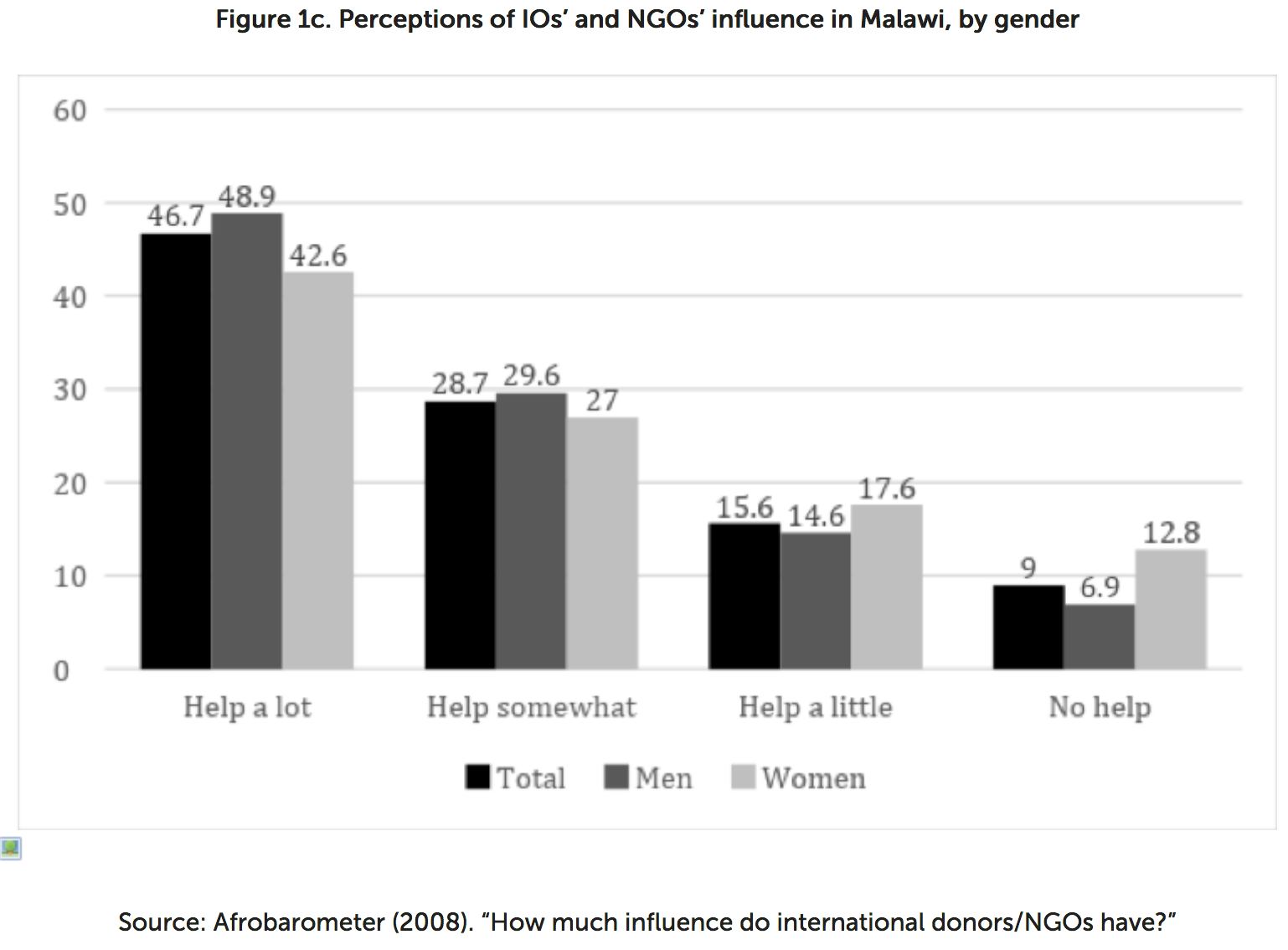 Data from the Afrobarometer show that Malawian men and women hold quite different views on international aid organizations' work and influence.

To probe this variation more effectively and to understand how and why donors’ policy endorsements shape citizens’ views of two issues—electoral gender quotas and gender-based land reform—we and our colleagues at the Program on Governance and Local Development (GLD) conducted the Local Governance Performance Index (LGPI) survey, which allows us to study a variety of governance issues around health, education and participation in Malawi. Specifically, we employed a framing experiment embedded in the LGPI, randomly assigning 1,704 respondents into six different groups. Each was read a survey question structured as a control: a probe of support for one of two policy reforms (gender quotas in government or land reforms) or the organization's identity as a local or international NGO.

We published our initial results as a working paper. In it, we find that international advocacy improves support for gender quotas among one male group in Malawi—i.e., patrilineal men who already support gender equality—but that endorsements of sensitive land reforms depress support among all-male groups (Figure 6 and Table 6).

Women were generally unaffected or positively affected by endorsements. This suggests that among those citizens whose views advocates might most like to change, endorsements may actually undermine support for reform. 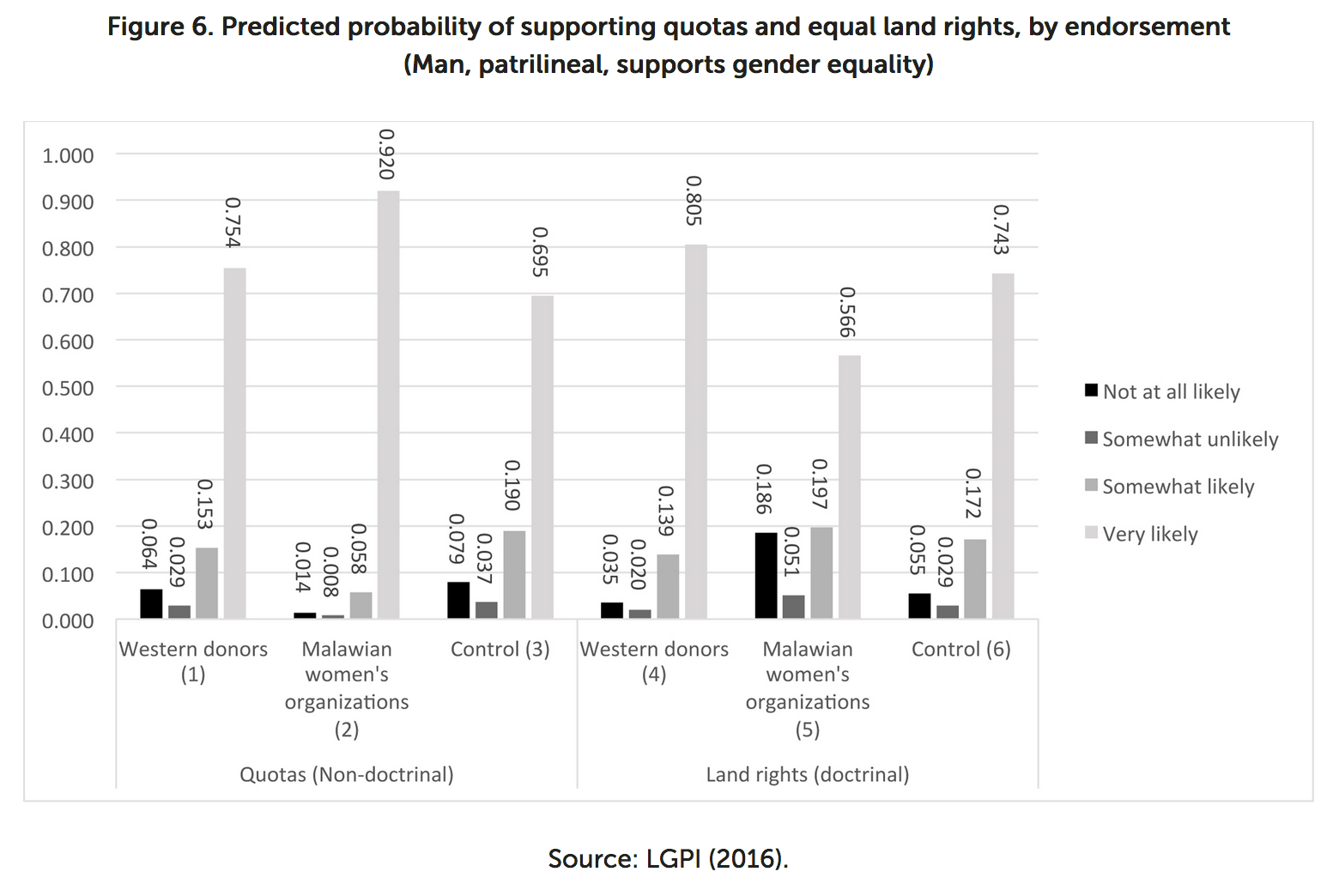 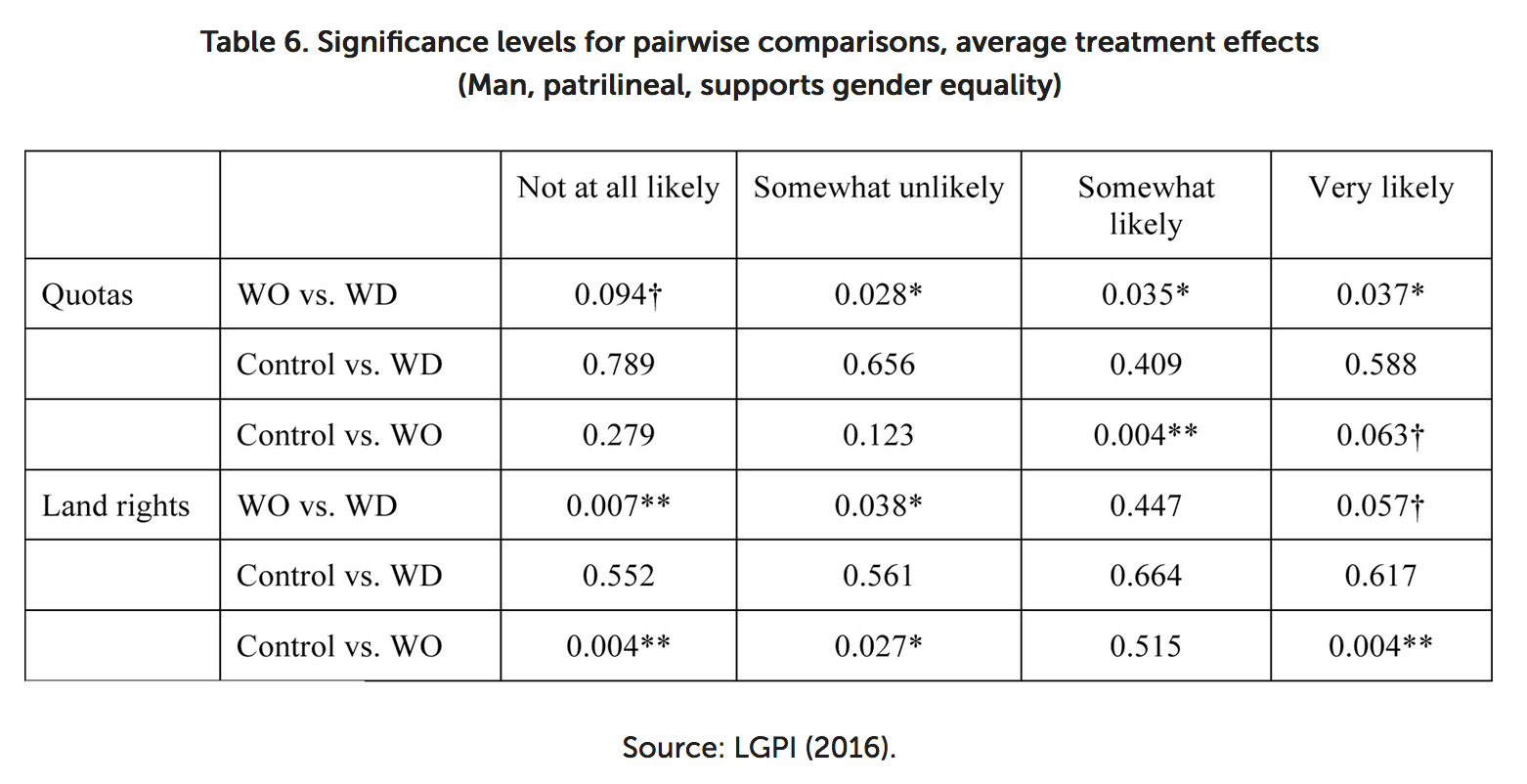 Our objective in this study was to question the conventional wisdom with respect to the impact of policy reforms in aid-receiving countries, that awareness-boosting campaigns increase support for reforms regardless of the organization promoting them or the identity of those hearing the message. We argue, in contrast, that developments in the political communication literature have undermined this conventional position, and instead expect that message recipients will actively evaluate what they're being told based on two key factors:

1. How recipients expect that a given reform will impact their interests, related to his or her gender, cultural customs (i.e., whether patrilineal or matrilineal and a priori views on gender equality).

Overall, our results indicate that more attention needs to be paid to the identity and prior beliefs of message recipients and the degree to which their interests may be harmed by a proposed reform.

Backfire effects represent a very real and pressing barrier for the advancement of women's rights in international development. Men who feel that their interests are threatened tend to respond to news of a proposed reform by increasing opposition to it. Malawi may lead in the degree of disagreement between men and women with respect to the role of local and international aid organizations, but several African countries including Mozambique, Nigeria, and Liberia show similar patterns, implying that our results are applicable outside of Malawi itself.

Policymakers and scholars must take into consideration both reform type and the target population. They must pay careful attention to local context, if they hope to be more effective in mitigating gender inequality in the developing world.